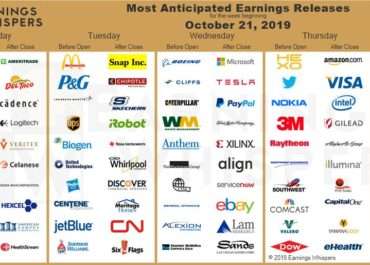 Trading recap week of October 21. Whew what a week, markets are finally moving again and lots of great earnings and huge plays. First off, day trades which were a little sparse because despite earnings SPY was remaining in consolidation until Friday. So we played plenty of swings and earnings to make up for it. Still really good win rate on day trades below:

Now, earnings season has kicked off so there were a lot of earnings plays. A variety of iron condors and butterfly in this list depending on the stock and the setup, MCD totally missed and that was a big surprise. AMZN also missed but the iron condor ended up working perfect.

We also had several swing trades that were all winners, though DAL was a bit harder and I’m actually still holding that one since it’s a small play. SQ had a sympathy move off PYPL, CRM had some unusual options activity, and HD was just a trend line play. But TSLA was the big one on an earnings gap and go. This one should keep running into next week.

A great week of plays and I’m looking forward to the next one!